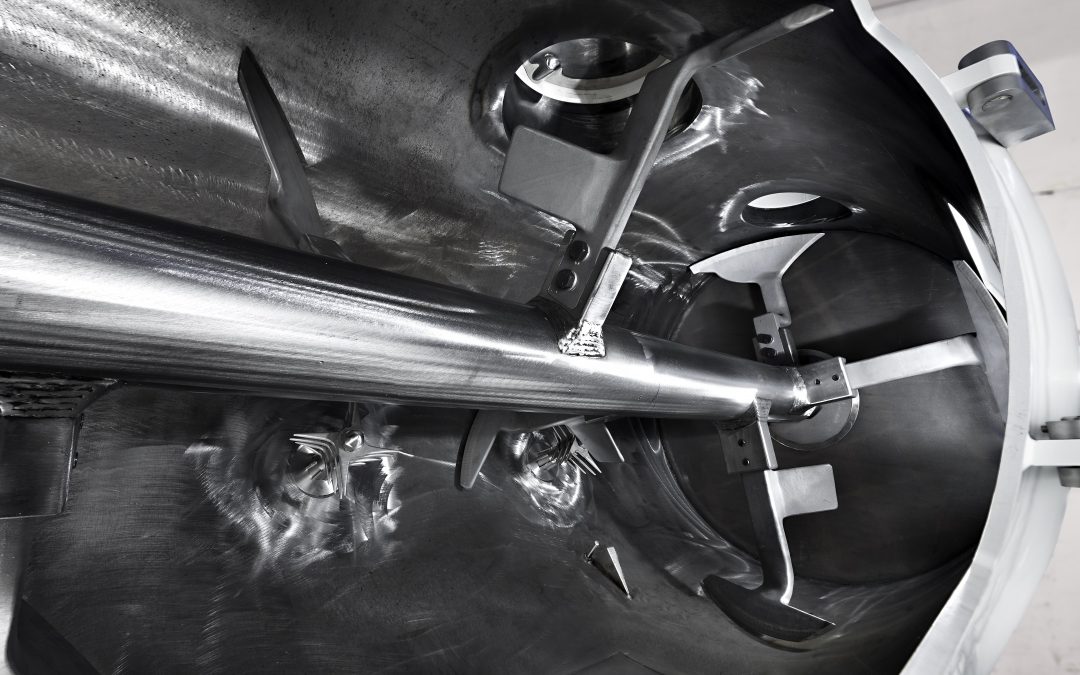 Dry mixes of brake and friction materials in Ploughshare® Mixer

Even 70 years after the Ploughshare® Mixer was patented by Lödige, there are still new applications found for the fluid bed principle that was revolutionary at that time. At the SOLIDS 2018 (7 – 8. November 2018 in Dortmund/Germany), Lödige Process Technology (Hall 6/Stand S 05-6) will show a design model of a mixer specifically designed for brake and friction material applications.

Lödige has been supplying mixing systems for the friction material industry over the past 40 years. In order to meet the high safety standards of braking systems in passenger cars and other vehicles, these mixes face very specific requirements: brake and friction material mixes notably consist of a multitude of powdery, finely crystalline and fibrous components having extremely different bulk densities. The mixer has to therefore not only mix these components in a homogeneous manner, but also to disperse the fibrous components to ensure the reinforcement of the finished products. This can only be achieved by high performance mixers designed in a specific way.

Modern aramid fibres – which are an essential component of these mixes – are introduced into the mixer in the form of a so-called pulp. A high fibrillation degree is reached through the mechanical processing of the fibres by means of a special mixing technology. As a result: an optimum embedding of powdery components and a high retention of filler materials in which mix segregation can be excluded.

Lödige mixing systems equipped with specifically designed mixing tools and choppers ensure the required mix homogeneity and the dispersion of fibres. The mixing tools convey the product to the high speed choppers. The star-shaped chopper blades specially designed for fibrous products pull apart the fibres achieving a high dispersion of the fibres. The interaction of mixing tools, choppers and speed is decisive for this operation.

Advantage of the process

In this process, the fibres are opened as reinforcement material into the recipe without being destroyed. The mix is free flowing and ensures an easy filling of pressing tools, thus preventing a difference of density in the preforms. The product circulation inside the Lödige mixing system excludes any compression or formation of so called spots. A homogeneous mix is reached in 6 – 8 minutes without any significant frictional heat which could lead to resin softening. In case of heat sensitive components, the mix can be cooled or heated by using a temperature control jacket. The bulk density of the mix can be regulated by increasing the speed of the choppers and varying the mixing time.

Lödige mixing systems equipped with specifically designed mixing tools and choppers ensure the required mix homogeneity and the dispersion of fibres for the mixing of dry brake and friction materials. (source: Lödige)

Vaisala's Pressure and Humidity Sensors Are Soon Again on Their Way to Space
Unison Ltd is thrilled to invite you to TUBE Düsseldorf 2018
B. Braun's first PAS-X V3 project successfully implemented