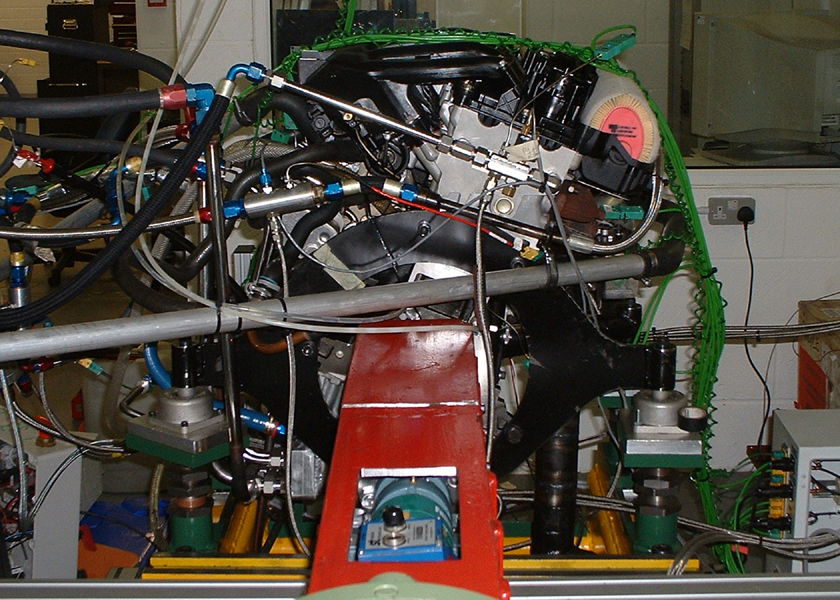 With engine efficiency under the spotlight like never before, automotive companies are exploring all avenues for improving performance. And because engines have a rotating power output, torque is the key measurement.

Car engines are the bett noir of the environmental lobby. There is no doubt that they are major contributors to carbon build up. But equally they are fundamental to modern life. A true replacement is decades away, so we have to make them as efficient as possible.

Engine lubrication systems are essentially dumb. They have a simple mechanical pump which has been sized to ensure an adequate supply of oil in the worst operating condition.  This is typically a hot engine at idle. The pump is thus hugely oversized for most of the rest of the speed range and, as a consequence, nearly 60% of its output is dumped straight back into the sump via the relief valve. It will also deliver the same amount of oil to every part of the engine regardless of what that system might actually need. The pump is also insensitive to engine load and thus the bearings will receive the same oil supply at a given speed regardless of
the load. This is a very inefficient system.

In addition the pump forces nearly a ton of oil per hour through the filter, and when the oil is cold this takes a huge amount of energy.

With this in mind a major UK company asked Powertrain Technologies Ltd in Snetterton, Norfolk, to design an intelligent lubrication system and to analyse its effects on engine friction and parasitic losses. They built a highly specialised test rig for the project and since accuracy in measuring small changes in drive torque reliably and repeatably was a critical requirement a key part of the rig is a TorqSense transducer from Sensor Technology in Banbury.

The engine being tested was a current production Diesel and the test bed was configured for motored friction tests with a 6,000rpm 32kW electric motor driving the engine.

Andrew Barnes, a director at Powertrain explains: “We completely re-designed the engine lubrication system and installed a bank of five computer controlled oil pumps (to our own design). Each is capable of supplying individual parts of the engine with oil under conditions unique to that part of the engine and sensitive to the engine operating conditions (for example we can supply the head with oil at pressures different to the block and supply the bearings with more oil when the engine is under high load).”

The idea is to completely profile the performance of the engine under various lubrication conditions and to derive optimum configurations of the intelligent systems for best performance.

Bothpetrol and Diesel engines run far cleaner than they did 20 or 30 years ago,” says Andrew. “However the need to operate efficiently under a wide range speeds and loads and environmental conditions from -40 degrees C to + 40 degrees C remains the Achilles Heel. Intelligent lubrication has the potential to improve performance no end, although quantifying the best configuration is painstaking work.”

He goes on to explain that the torque sensor is critical to the project since the object of the exercise is to measure the effect on friction of a range of different oil supply strategies and oil types.  Thus the changes in friction are represented by a change in the motored drive torque of the engine.

TorqSense sensors are particularly appropriate for development work because they are wireless. “It’s a fit-and-forget, non-contact, digital sensor,” says Tony Ingham of Sensor Technology, “meaning you don’t have to fiddle around wiring up slip rings for each new measurement and together with digital outputs good accuracies can be obtained. The adjacent RF pickup emits radio waves towards the SAW’s as well as collecting the reflected resonant changes and it this change in frequency of the reflected waves that identifies the applied torqueed.”

TorqSense effectively senses and measures the radio frequency, RF, waves generated by two Surface Acoustic Wave devices or SAW’s fixed onto a rotating shaft and converts them to a torque measurement using two tiny SAW’s made of ceramic piezoelectric material with frequency resonating combs laid down on their surface. The SAW’s are fixed onto the drive shaft at 90degrees to one another.  As the torque increases the combs expand or contract proportionally to the torque being applied. In effect the combs act similarly to strain gauges but instead measure changes in resonant frequency.  The adjacent RF pickup emits radio waves towards the SAW’s as well as collecting the reflected resonant changes and its this change in frequency of the reflected waves that identifies the applied torque.

Powertrain’s research has now progressed to the next stage in which the test rig is forsaken and the engine installed in a car to quantify the effect on fuel economy. “It’s now a matter of driving it under all sorts of conditions on a mixture of test tracks and rolling roads to build up profiles of fuel consumption, says Andrew.