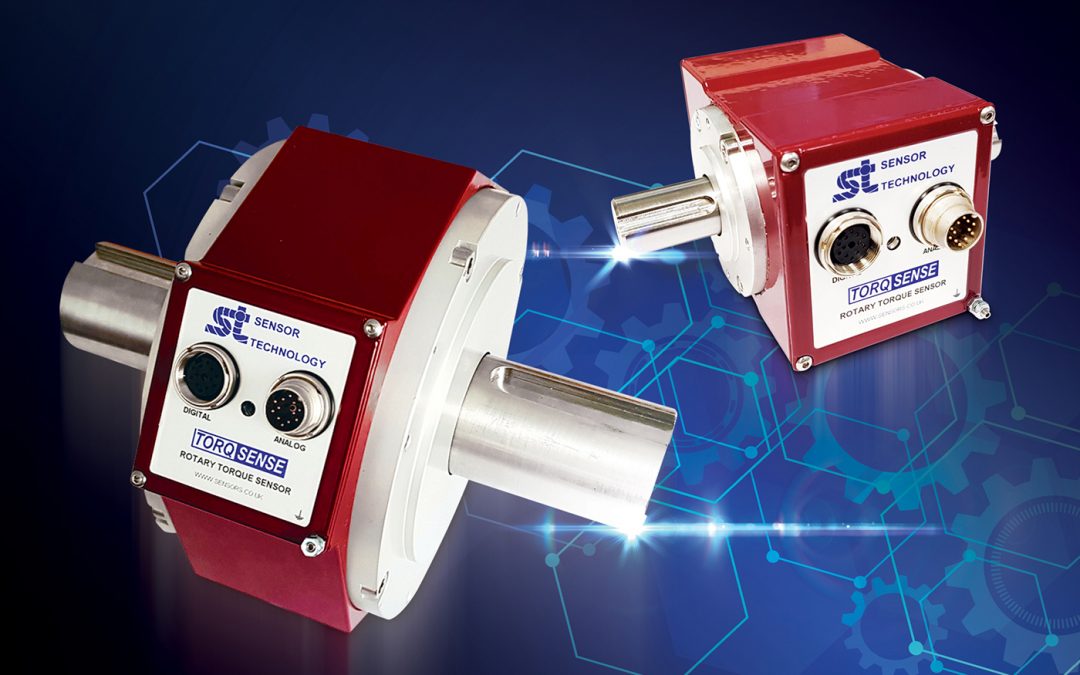 Sensor Technology has extended its new range of non-contact torque sensors up to 13,000Nm. When the range was launched in late 2020, the largest unit was 500Nm.

“We have been very encouraged by the interesting in the new sensors,” says Sales Manager Mark Ingham. “The launch plan was originally to start with the commodity sizes and gradually introduce the larger sensors, but interest has been such that we  need to meet demand almost immediately.

“The new sensors have the advantage that they can accurately measure and record sudden spikes in torque load,” explains Mark. “In the past this data was generally not required by plant and machinery operators, but with the growth in automated continuous monitoring it is becoming more and more important. Any torque spike could have an immediate effect on operations, while a series of them may indicate the beginnings of a problem.”

The new design also compensates for any extraneous forces, such as bending moments, inadvertently applied to the sensor, improves sensitivity and has a wide temperature tolerance. Again these are all attributes that have become increasingly desirable in recent years as there is an increasing need for sophisticated modelling of operational performance.

In use, the four strain gauges are glued onto the shaft that is to be monitored in a square formation set at 45deg to the axis of rotation. When torque is applied to the shaft two gauges are stretched into tension and two go into compression, the difference between the tension and compression values being proportional to the torque in the shaft.

An ultra-miniature microcontroller, mounted on a rotor and powered by an inductive coil, measures the differential values in each strain gauge and transmits them back to the stator digitally, via the same coil. State of the art strain gauge signal conditioning techniques are then used to convert raw live data into precise torque value measurements. This set up provides a high bandwidth, high over range and overload tolerances.

The TorqSense SGR510/520 offers several significant advantages over conventional torque sensors. It eliminates the sort of noise pickup and signal corruption associated with slip ring and other analogue methods of transferring torque data from rotor to stator. The over range capacity means true overrange values are captured rather than ‘maxing-out’ at the technology’s upper limit, while the 400% mechanical overload limit is unlikely to be breached in the vast majority of applications.

Mark explains further: “External noise pickup into the wiring is virtually eliminated due to the short distance between the strain gauges and the rotor’s measuring circuits. Further, multipoint calibration reduces any linearity errors within the sensor.”