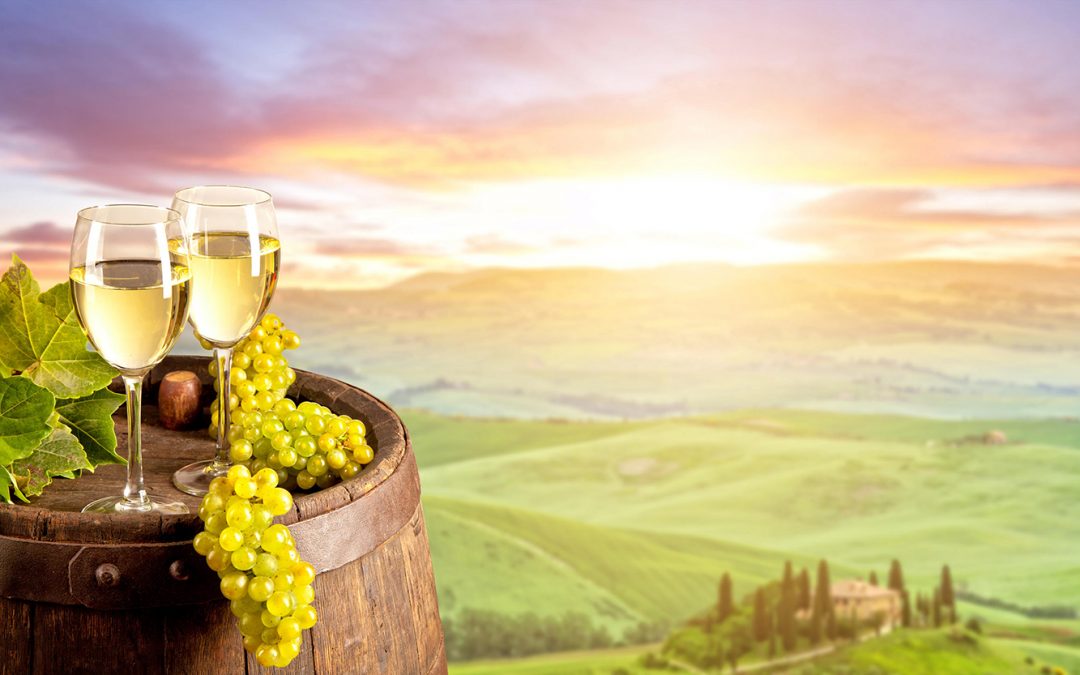 Behind the rise and rise of English wine, British engineers and technologists are busy developing new systems and aids for the vine growing industry. Tony Ingham of Sensor Technology Ltd tells his part of this astonishing success story.

English wine is taking off, with more and more people recognising its award winning quality and production growing by the year. A generation ago it was wise to steer clear of ‘British wine’, blends of cheap wine from generally unnamed sources. But since then, a warming climate and improvements in viniculture has seen a whole new industry blossom. Commercial vines are now grown throughout the UK, predominantly in the south of England about also in Wales and even Scotland.

Viniculturalists all over the world know that without treatment, large portions of any vine crop will routinely be lost to fungi, bacteria, and – the blight of the industry – mildew. The English growers also realise that like all developing industries, as production grows so the need for efficiency increases.

Oxfordshire’s Heli-Lift Services has been pioneering the use of helicopters for spray treating grapevines, using technologies developed by neighbours Sensor Technology. Starting in the historical vineyards of Douro Valley, Portugal, where with little room for tractors, Heli-Lift soon realised that aerial spraying was very much more efficient and cost effective than traditional manual methods. It is now promoting its capabilities to English vine growers, who are all keen to innovate and advance their industry further onto the world stage.

Heli-Lift Services’ spraying rig is designed so that its nozzles release perfectly weighted droplets evenly and swiftly over the crop. The company has also developed a hydraulically stabilised Heli-Deck for easy refilling on rough or sloping ground. To ensure even spray coverage, the pilots use a sophisticated GPS mapping device called HeliNav LoadMaster coupled with an intelligent LoadSense weight sensor that monitors spray usage to plot and record progress in precision detail.
Both HeliNav and LoadSense were developed by Sensor Technology Ltd. LoadSense is based on the company’s wireless torque sensor which the industrial world is very fond of. Helicopter operators took to it because, being wireless, there is no need to drill cable holes through the aircrafts’ body panels – which would mean getting recertified for airworthiness.
The pilots asked if Sensor Technology could link the load information with accurate GPS positioning, to automated flight planning for optimised spray patterns, and HeliNav LoadMaster was born

The load sensing and position monitoring technology developed by Sensor Technology is essentially simple, yet is accurate to very fine tolerances. LoadSense combines Sensor Technology’s wireless signalling with a strain gauge Load Sensor. It has the capability of wirelessly transmitting its data to a readout where it both displays live readings and records them to build up an exact profile of each operation. Its inbuilt 32MBit memory can hold up to 280 hours of data which can then be downloaded to a PC via its USB cable.

The load sensor transmits using the worldwide licence free frequency of 2.4GHz using two built in antennae. The cockpit mounted readouts provide the pilot with precise real time information in an easy to understand graphical format. The sensor can also send signals direct to handheld readouts so that assistants on the ground have the same live information.

HeliNav LoadMaster provides position information through an on-board GPS (global positioning system), inclinometer and accelerometer and helps pilots plot and follow flight paths, monitor flight times, fuel requirements, etc. As such it makes even the most complex spraying jobs simple and efficient. It also logs the weight of the load and the distance travelled, so that the helicopter operating company can provide the client with accurate work reports and precise billing as well as schedule timely maintenance.

Sensor Technology and other British companies lead the world in advancing electronic sensing and data handling systems and it works hand-in-hand with the English wine industry, which is equally innovative and successful.

There are now over 500 vineyards in Britain, the most northerly being on the Shetland island of Unst, 1400 miles north of Bordeaux and just 400 miles south of the Arctic Circle. They produce 5,000,000 bottles of world-class wine that competes with the best that Europe and the New World have to offer. These numbers are growing rapidly: 1,000,000 new vines were planted in 2016, which will eventually produce about 2,000,000 bottles of wine and people are clamouring to join the industry or increase their existing investments. Norfolk’s Winbirri Bacchus has been voted world’s best white wine, sparkling Nyetimber from Sussex is similarly acclaimed.
https://www.sensors.co.uk/?utm_source=newsletter&utm_medium=email&utm_campaign=marver_reviewonline&utm_content=helilift-stlmain